"The sandwich man"
By Piero Bortoli 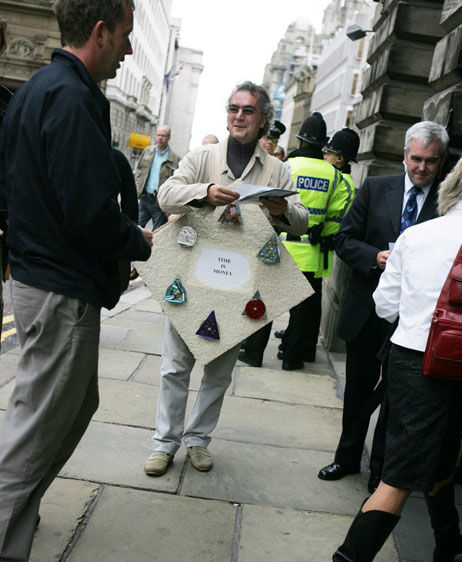 "The sandwich man”
By
Piero Bortoli
I presented a live Art happening at the Liverpool Town Hall for the inauguration of the Liverpool Biennial 2004.
With my performance, I transformed my self into a sandwich man to propagate Art like as if it were a commercial business and how the system of the economic god tells the people what to do. 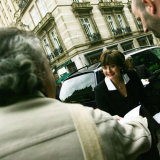 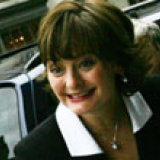 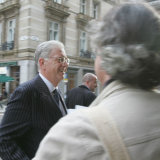 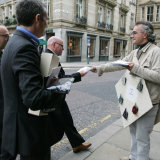 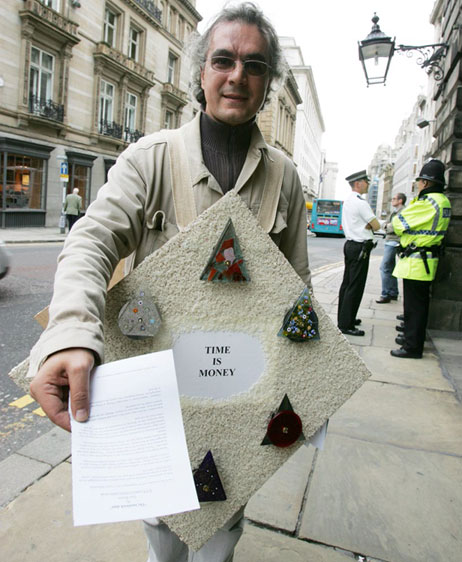 By using the concept of the sandwich man and materialistic point of view like “Time is Money” and original design clocks made in Murano glass, on the other positive side using rice and the Buddhist Philosophy.

In accordance with their status, some have wives and children, relatives, fiefs, and gold and silver, while others have no treasure. Whether one has wealth or not, no treasure exceeds the one called life. Ultimately, "earnest resolve" is what makes an offering, or almsgiving, in Buddhism a meaningful act. The Daishonin* thus equates the polished rice he has received to life itself.

* From: THE MAJOR WRITINGS OF NICHIREN DAISHONIN vol.1